Months After Typhoon, Philippine City Suffers From an Exodus of Jobs

TACLOBAN, the Philippines — As Jesse Siozon waited for his grandfather’s funeral to begin, beneath the orange and blue tarps that serve as the roof for the storm-damaged Santo Niño Church, he spoke of a double loss.

His grandfather may well have been the last person in this bedraggled city to succumb to injuries and illnesses brought on by Typhoon Haiyan. And now Mr. Siozon, a 30-year-old nurse, is being forced to leave Tacloban, his family’s hometown for four generations, because efforts to rebuild have stalled and jobs have disappeared for skilled workers like him.

“I wish I could have worked here,” he said, as sunlight streamed through the hole in a stained-glass window donated by his grandfather. “I don’t even have a place to live here.”

Nearly three months after some of the strongest sustained winds ever recorded drove ashore a wall of water up to 25 feet high, this once-thriving university city and provincial capital shows relatively few signs of economic recovery despite an international rescue effort. At night, it is mainly plunged into darkness, and the few temporary houses completed by the government have been declared too cramped for human habitation.

The city is caught in a spiral of deprivation that will be hard to break, especially given the scope of a catastrophe that killed at least 6,000 people and was the deadliest natural disaster in the world last year.

Without power and other basics, businesses are finding it difficult to recover. And without commerce, the city will continue to lose money — and talent.

The continuing confusion has left this city, which once envisioned becoming a new economic hub, struggling to hold on to young and talented residents. Like Mr. Siozon, they are leaving for work elsewhere in the Philippines’ growing economy.

“The young professionals whom I know have left, because of the quality of life here,” said Jerry T. Yaokasin, the deputy mayor of Tacloban. “When I look around, it is as if it happened yesterday — there is still so much devastation.”

Sitting in a modest second-floor office, in a municipal building where the first floor was gutted by the storm, Mr. Yaokasin checked off the list of people he knows who have left. His cousin, a lawyer, now works for a large company in Manila. The secretary at his church took a job at a call center in Cebu, on another island 100 miles away.

Even students have left. More than a third of the 1,370 students at the University of the Philippines campus here have transferred to other campuses. An additional 130 dropped out, some because they could no longer afford to attend. Enrollment has dropped by a third at the 1,900-student ACLC College, which teaches mainly computer skills, but has been reduced to classroom lectures because its computers were destroyed in the storm.

The flight of those most able to find opportunities elsewhere is leaving behind a city of the poor, including those left destitute by the typhoon.

Almil Rama is a 35-year-old kindergarten teacher who lost her husband and house in the storm and now lives with her three children in a room rented from a friend.

The storm killed 22 of the kindergartners at her school, San Jose Elementary, and 94 students soon moved away with their families and have not come back. The school still has 137 kindergartners, but it lost its books and its ceiling fan in the storm. Even if the fan is replaced, there is no power to run it.

“We need electricity,” said Ms. Rama, who lights her rented room with candles.

Some aspects of life in Tacloban have improved since the storm hit on Nov. 8. Relief food and drinking water are available — though Ms. Rama said the cost of drinking water jugs had increased sixfold, absorbing a tenth of her salary. Residents say crime is low, despite the lifting of a curfew imposed in the desperate first days of lawlessness after the storm.

But other problems appear intractable, including the lack of decent housing. The storm destroyed or severely damaged the homes of more than four million people — more than twice as many as in the Indian Ocean tsunami in 2004, which killed more than 200,000 people but did not steal as many homes from the living.

Many people here are living in tents. The temporary homes rejected by United Nations experts — little more than rows of plywood stalls under a high roof, with shared bathrooms nearby — are being renovated. But widening the living areas will mean fewer families can move in.

And the lack of electricity is a constant worry for those trying to breathe life into the city’s mostly moribund economy and forestall a further exodus.

Running gasoline or diesel generators is prohibitively expensive for many businesses, in some cases costing six times as much as grid electricity. So they operate at less than full capacity, if at all.

That can have a compounding effect. I. P. Car Tech, the biggest truck and car repair shop in the region, can operate only one of its 18 vehicle lifts at a time with its diesel generator. That means many of the thousands of typhoon-damaged cars, trucks and even ambulances needed for commerce and daily life remain unusable.

Energy Secretary C. Jericho Petilla initially promised a restoration of electric service by Dec. 24, then pushed the target to the end of March. But with fewer than a quarter of the buildings reconnected to the grid at all, even that goal appears elusive.

Complicating matters is the extensive pillaging that took place in the first two weeks after the storm. Roughly 1,100 convicts escaped from three prisons and joined residents in ransacking large areas, sometimes for necessities, sometimes not.

Up to a third of Tacloban’s transformers were torn apart for their copper cores, which could be sold for scrap at $220 apiece on the black market. The transformers cost $1,600 apiece to replace, plus labor. Sections of fallen power lines were also snipped and stolen for the copper inside, making it impossible to simply send out trucks to lift the lines back onto poles.

In any case, a lack of spare parts means that two of the local utility’s six boom trucks are unusable. So line workers are sent out in vans every day to bundle up fallen lines before they, too, can be stolen.

Morale is low: The utility is demanding four to six hours a day of unpaid overtime from its workers, plus a full unpaid day on Saturdays, though it says it hopes to reimburse them later.

Vendors of crucial supplies like concrete poles have begun demanding cash on delivery from the struggling cooperative.

“I would not be surprised if 12 months from now, there are customers still not connected to the grid,” said Adam Victor, chief executive of New York-based TransGas Development Systems, which recently completed a detailed assessment.

It was the lack of electricity that helped drive Mr. Siozon, the nurse, away from his beloved hometown, and his calling.

The wiring in 95-year-old Bethany Hospital, where he worked, was so badly damaged that much of the hospital cannot be reconnected to the grid, even though power to its area has been restored.

The hospital plans to partially reopen in early summer as a small outpatient clinic, and it will have scant need for post-surgery nurses like Mr. Siozon.

His new job: working at an Aetna call center in the capital, fielding health insurance questions from Americans.

A version of this article appears in print on Feb. 4, 2014, on Page A6 of the New York edition with the headline: Months After Typhoon, Philippine City Suffers From an Exodus of Jobs. 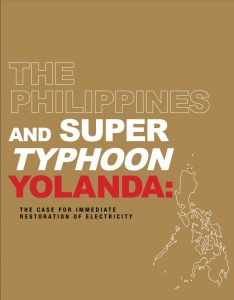 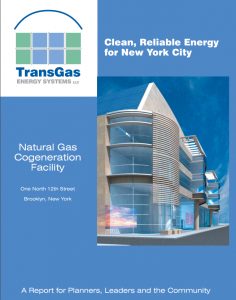 Adam Victor on the Blackout 2012

Adam Victor on the Blackout 2012 What impact does a city wide blackout have? Mr. Adam Victor takes a tour of New York City during the 2012 blackout. As [...]

Ticking Time Bomb: Weak Electric Grid Exposed NYC Is the NYC infrastructure up to 21st century needs? In an interview with CBN news Mr. Adam Victor explains how the [...]

TransGas in the News

New York Post: CAN YOU SPOT THE POWER PLANT?